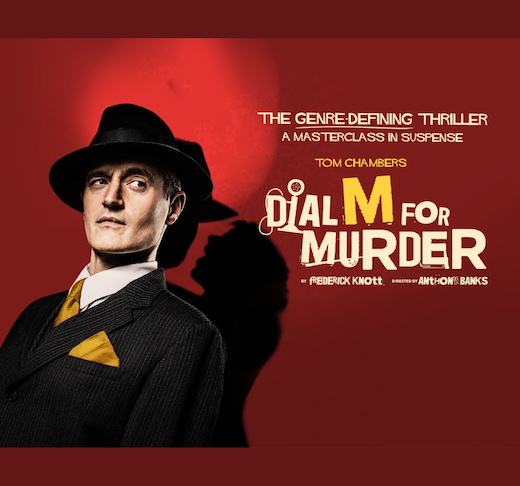 A brand-new production for the first modern thriller, Dial M for Murder is back at the Dubai Opera in 2020

A brand-new production for the first modern thriller, Dial M for Murder is back at the Dubai Opera in 2020.
Tom Chambers, a television and stage star features as the charming and manipulative Tony Wendice, a dulled ex-tennis pro who gave up everything for his wife Margot. When he discovers his wife cheating on him, he wishes for revenge and his mind starts working in pursuit of ‘the perfect crime’.
Made famous by Alfred Hitchcock’s 1954 American crime mystery film, the film becomes more and more intriguing when Tony becomes tangled in the web of mystery that he himself created. The production also features Christopher Harper (Coronation Street), this ultimate suspense thriller will have you on the edge with its spine-tingling twists and turns.
Dial M for Murder is a fascinating edge of the seat thriller is unmissable!
It’s a taut, acidly funny thriller’ (The Guardian)
‘A precision-engineered delight’ (The Telegraph)